We send children to school to be able to learn a skill and find employment but for life’s greatest achievement, living with another person and building a home, there is no training. This lack of preparation can lead many to stumble and to troubled marriages causing a negative effect on society.

Bringing marriage education to the forefront of Israeli culture both, as individual units and as citizens will increase the productivity, happiness and success of our children and ourselves. 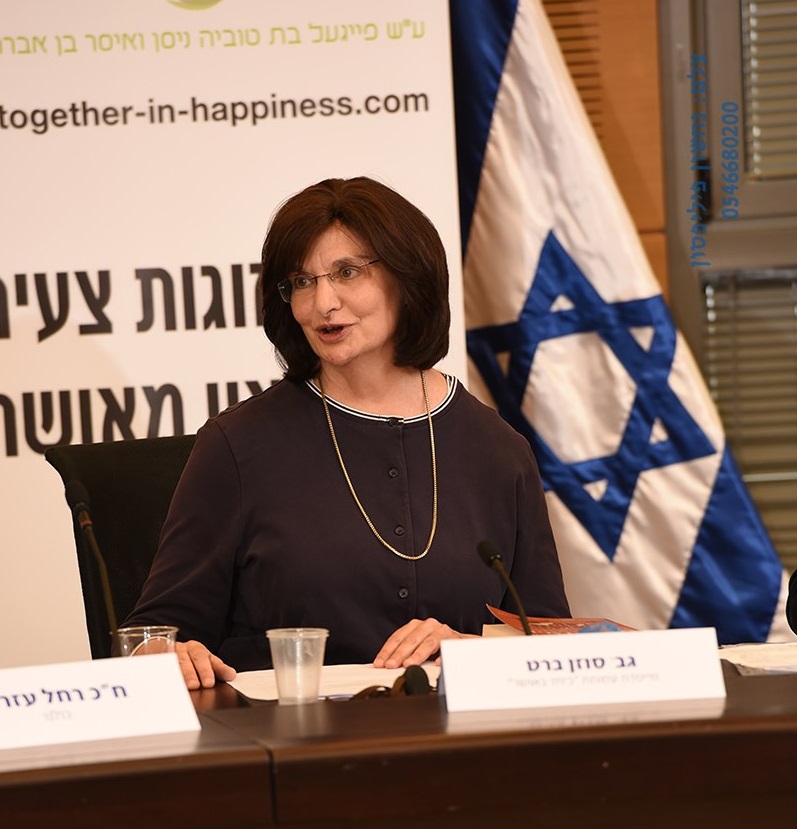 After making aliyah in 2003 and following the death of her parents, Susan Barth searched for a way to memorialize them. She had always been inspired by the strength of their 52-year long marriage, and chose marriage education as a meaningful way to perpetuate their names.

She began by producing a Wedding Guide through the Givat Sharett Chesed Committee Simcha Gemach (of Beit Shemesh) in memory of her mother. The guide, published in Hebrew and English, resonated strongly among couples preparing for marriage. She then created forums which focused on prenuptial agreements and premarital education. She soon founded Together in Happiness, a nonprofit organization whose goal is to advance marriage education in Israel.

Barth began her career in the US as a businesswoman with a reputation for developing new enterprises in high tech and finance, including the crafting of an innovative software enterprise database solution. She uses the skills she learned in the business world to bring awareness of the growing international field of marriage education to Israel.